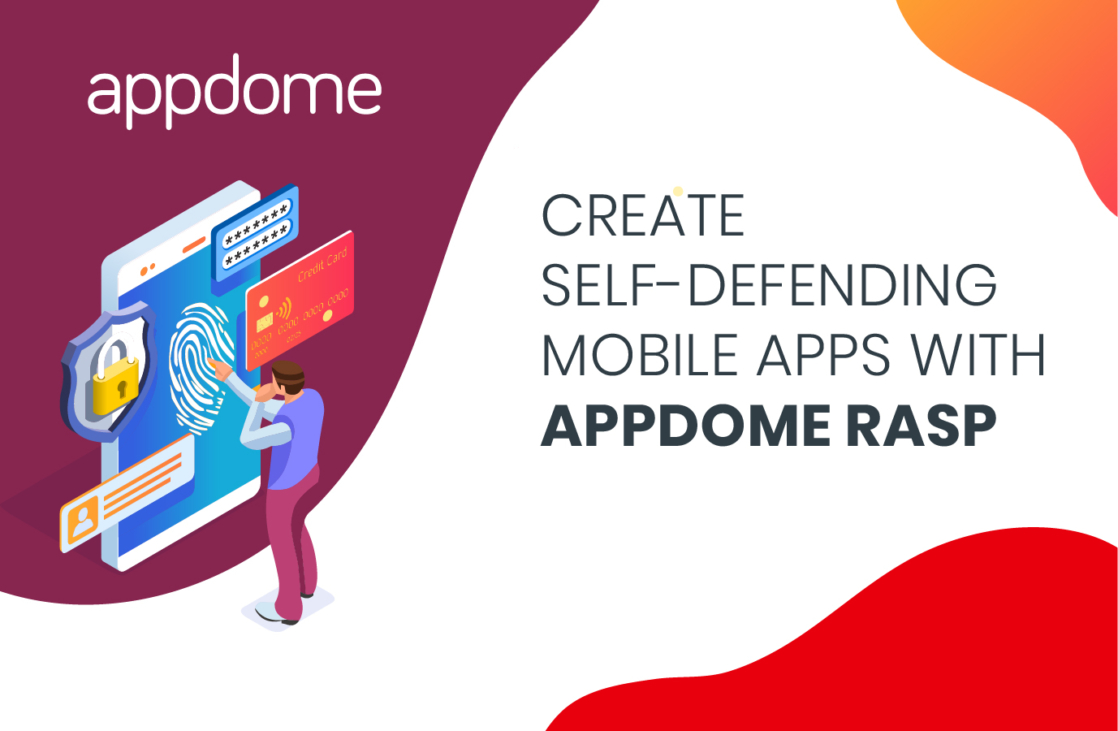 What is Runtime Application Self-Protection (RASP)?

Runtime Application Self-Protection (commonly known has RASP) is a security technology that can detect and block attacks in a completely self-contained manner: ie: by using information from inside the running software. In mobile, that means building security INTO your mobile app so that the app can defend itself against attacks without relying on external technology (such as firewalls, VPNs, intrusion prevention technology, etc).  RASP improves the security of software by monitoring its inputs, and blocking those that could allow attacks to occur, while also protecting the runtime environment from unwanted changes and tampering.  RASP-protected applications rely less on external devices like firewalls to provide runtime security protection.

The only way to build security into apps quickly is to automate the process.  Appdome is a self-service, choice-driven mobile security and development platform that enables developers or non-developers to select specific features or groups of features across different mobile security categories, and deliver those capabilities inside any iOS or Android app in minutes, with no code or coding. Feel free to skip to the end of this blog where I’ve included a video of me implementing 10 or so mobile app security features in Square’s Cash App in less than 5 minutes. The end of the video shows me logging into the newly built Cash App with my own account.  Here are some specific use cases to describe how to build self-defending apps with RASP protection inside:

To illustrate just how easy this is, check out this YouTube video of a mobile gamer demonstrating how to use an emulator to cheat in a mobile game (Jurassic Park).  The hacker uses an emulator to create his own “MOD” or patch for Jurassic Park, in which he changes the logic of the “in-app purchase” workflows – giving himself enough “Jurassic credit’ such he can make in-app purchases within the game for free.  And he does this live in less than 5 minutes.

The key to prevention is to make it difficult for hackers to learn how your app works in the first place. And that starts with basic protections like anti-tampering and anti-reversing.   There’s also anti-debugging,  app integrity/structure scan, and checksum validation.

And it’s not enough to just obfuscate some parts of your code and call it a day. Professional hackers have many ways to attack an app, and if one method doesn’t work, they move on to the next. So you need multiple detection mechanisms and you need to protect at different layers in the app’s technology stack. Here are a few specific KBs that go into each of these topics in depth.

Use Case 3: RASP for Penn-testers

Appdome’s Mobile RASP solution is comprised of security technology that contains runtime instrumentation inside the app itself, which enables the app to be self-defending against threats. Since most mobile apps do not come with RASP security out-of-the-box, customers use Appdome to deliver RASP capabilities inside their own apps or apps they license from 3rd parties.

Below the two most common use cases where these features are critical. For each use case, I’ll explain not only the “why”, but also the “how”. Each use case includes specific features to solve the use case. And each feature links to a KB article or video that explains how anybody can fulfill the use case in 5 minutes or less. Oh and by the way, for pen-testers and customers of pen-testers, keep reading if you want to advance the pen-test from being ‘informational’ (ie: here’s a bunch of vulnerabilities that you probably won’t fix) to being ‘actionable’:  Here are the steps:

All these use cases can be accomplished in 5 minutes or less for any app no matter how the app was built.

Appdome works with app binaries, so there’s no need for source code. Customers select their required security features from our Mobile Security Suite and build RASP protection directly into their existing apps in minutes. And Appdome works with all apps, all frameworks, all platforms (in other words, Appdome developers are free to build apps in whatever tool, method or app development framework they like – Appdome supports them all – out of the box).  This lets developers and enterprises build and deliver their own customized mobile security solutions into any Android and iOS app across any app framework. Appdome takes the complexity out of mobile app security by automating the process for mobile developers. This enables developers to take a ‘defense in depth’ approach and create a layered security solution that spans every major mobile security category.

Tune in to my next blog where I’ll cover additional RASP use cases in healthcare and retail.

Check out this video where I implement a full suite of mobile app security and RASP features in the Square Cash app in less than 5 minutes end to end.