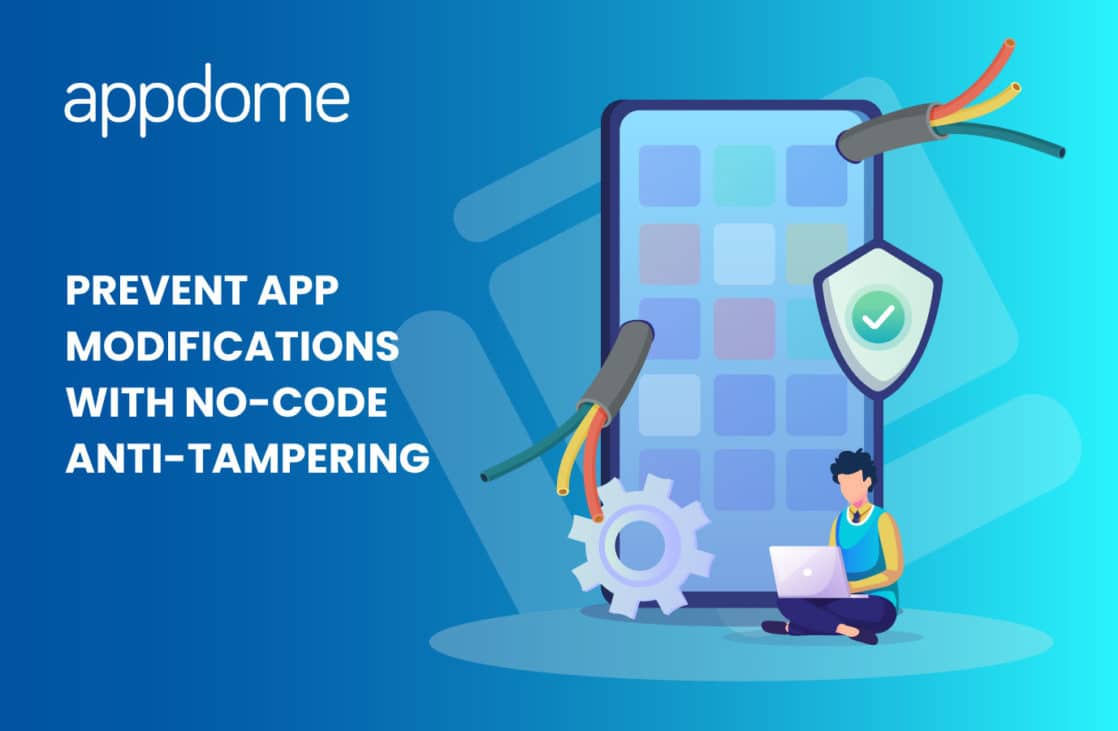 Adding tampering protection to Android and iOS apps is one of the first lines of defense to prevent unauthorized changes to mobile apps (such as ‘mods’ and ‘fakes’).

Hackers tamper with apps using many techniques and for many reasons: to steal intellectual property, to create a fake version of your app, to deface apps, to modify app logic and insert workflows (such as asking users for a password or social security number), and the list goes on. Tampering and other forms of Reverse Engineering are a primary risk for just about any mobile app, according to OWASP and other leading security research organizations.

For example, hackers study your app’s logic, then modify the logic to bypass authentication controls. Other times, they’ll look for bugs or vulnerabilities in 3rd party libraries (all publicly available) and then exploit those vulnerabilities to install backdoors (kinda like what happened to WhatsApp in one of the multiple times that app was hacked). Other times they’ll make a copy of your app and distribute it on an alternative app store to divert revenue from app developers and publishers and send it to their own bank accounts. And these are just a few examples, there are many more.

Bottom line, anti-tampering is one of the first lines of defense to protect your app from the many different ways hackers can attack it.

At Appdome, we’ve developed a patented no-code mobile development and security platform, that enables mobile development and security teams to build secure Android and iOS apps in seconds. Whenever you build an app using Appdome, Anti-tampering gets added automatically (as part of ONEShield – Appdome’s no-code app-hardening/app shielding solution). This prevents modifications to your app after it’s released.

This ensures that bad actors cannot modify your mobile app after you release it.

Using Appdome to add Anti-tampering protects your app against unwanted changes, mods and hacks – all without adding development work or time to your release cycles. This is done by sealing your app and actively detecting modifications during initialization AND at multiple other points during run-time (whenever the app is being used).

Anti-Tampering is just one protection measure and complements well with Appdome’s Anti-Debugging and Anti-Reversing to form a layered defense.

As I’ve stated in all of my other posts (and as any other security expert will tell you), effective mobile app security requires a multi-layered defense. It’s not enough to just implement anti-tampering and think your app is secure. Why? Because one of the first things any hacker will try to do is find and disable any tamper protection built into the app.  One of the ways in which they attempt to do this is via static code analysis. With static analysis, attackers analyze the app’s source code and control flows (app logic) to understand what the code does and how the app works, without actually running the app. Check out my post on static code analysis to learn more. You can protect against static code analysis by obfuscating your code and logic (control flow) for your mobile app.

And even better than that, check out the video below where I show how to implement code obfuscation, anti-tampering, anti-debugging, and other protections against reverse engineering into the Klarna ‘buy-now, pay later’ app – all without source code changes or SDKs.

(Hint: next time you’re talking to a mobile security vendor that has an SDK, ask them to do what I just did in the video).

Thanks for reading! You can find other posts and articles related to anti-tampering and code obfuscation below:

ThomasMaking your security project a success!
By filling out this form, you opt-in to recieve emails from us.