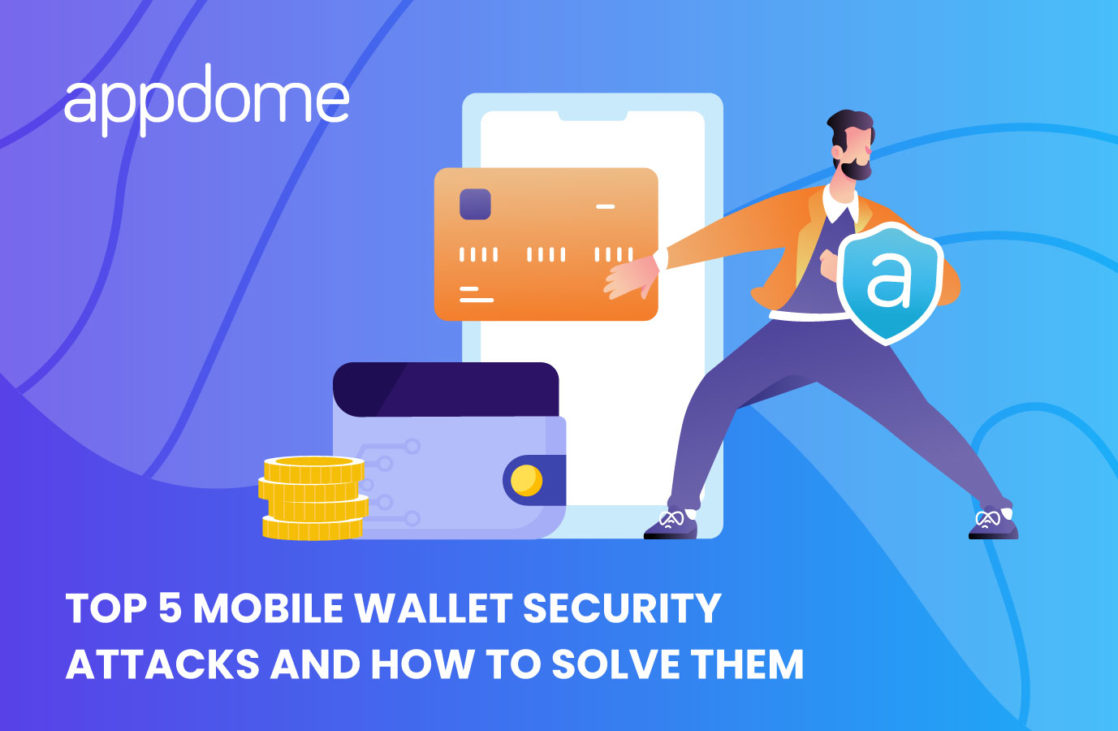 Top 5 Mobile Wallet Security Attacks and How to Solve Them

It’s projected that more than half the world, or 4.8 billion mobile citizens, digital wallet will use mobile wallets will be in use by 2025. During and after the pandemic, these same people expect to continue to use mobile wallets to improve the buying experience and make purchases more efficient. For example, new mobile wallets make it easy for people to send money to others who then receive the funds at local stores and businesses. These payments can be sent and received by people without bank accounts.

As mobile wallet adoption continues to grow, mobile wallet and mobile payment apps become primary targets for hackers and fraudsters. In fact, attacks on mobile wallets have resulted in hundreds of millions of dollars being lost and confidential data leaked. Here’s a not so fun example of what can happen when a skilled hacker gets a hold of your mobile payment app. Recently, more than 50,000 mobile banking customers at 56 European banks were impacted by  Xenomorph malware. Xenomorph puts a screen over a running app to trick users into revealing confidential information that is then used to perform fraud. The attackers used this feature and other capabilities to inundate the user with requests for Accessibility Services privileges until those privileges are granted. While Xenomorph has attacked mobile banking digital wallets in the past, it now has the ability to target crypto digital wallets. The problem is malware attacks an app (and sometimes other apps on the same device) and uses different tactics to harvest data and then commit fraud.

Top 5 Mobile Wallet Security Attacks and How To Solve Them

Here are my top 5 mobile wallet security hacks and attacks and how to solve them.

Data entry happens throughout the lifecycle of use in a mobile wallet or mobile payment app. Simply logging into a mobile wallet or mobile payment app is a form of data entry. Creating your account, adding personal details about yourself, linking credit cards and bank account information is also a form of data entry. Even advanced features like scan-and-pay that allow users to scan a QR code to make a payment, is form of data entry. All forms of data entry should be protected. Malware and fraudsters can use transparent or malicious overlays, placed on top of the application’s legitimate page to capture user or transaction data. The objective of overlays is to secretly gather the targeted data or trick users into engaging with the fake (malicious) element to harvest the target data. In addition to overlay attacks, malware keyloggers can be used to gather usernames, passwords, credit card information and more at the point of data entry, long before the mobile payment application saves this information to the device or backs the data up to the cloud.

To protect against overlay attacks, it’s recommended to detect when overlay screens are being used on top of a digital wallet and either (1) the shut down the app to protect the app or (2) send notifications to users so that they might contact the mobile wallet provider to achieve other enforcement actions when a threat is detected. Here’s more information how protect against overlay attacks and prevent keyloggers.