Using Appdome, there are no development or coding prerequisites. For example, there is no Appdome SDK, libraries, or plug-ins to implement mobile app security. Appdome’s Mobile App Security Suite can be added to any iOS or Android app in seconds, with no code or coding.

On Appdome, users merely upload and Android (.apk or .aab) or iOS (.ipa) app, select the new features, SDKs or APIs needed in the apps, and click “Build My App.” There is no development or coding dependencies, no wrappers and no limitation on the development environment used to build the app. Appdome’s technology adds the new features to the mobile app as if the new features were natively coded to the app. Appdome is compatible with all Android and iOS mobile apps, including apps built natively and in non-native development environments like React Native, Cordova, and Xamarin.

Generally speaking, using Appdome requires public data only. For example, Appdome users upload mobile app binaries only (not source code) and implement mobile service vendor SDKs and APIs (all of which are publicly available). Even so, Appdome uses several safeguards to ensure that mobile apps are not malicious, user and project data are safe and access is controlled. Our goal is to protect our users and protect the use of Appdome to facilitate the broad adoption of our service.

Below is a comprehensive listing of all categories, features, and options available in the Appdome Mobile App Security Suite. 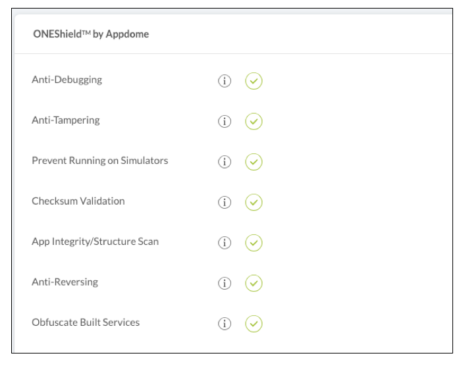 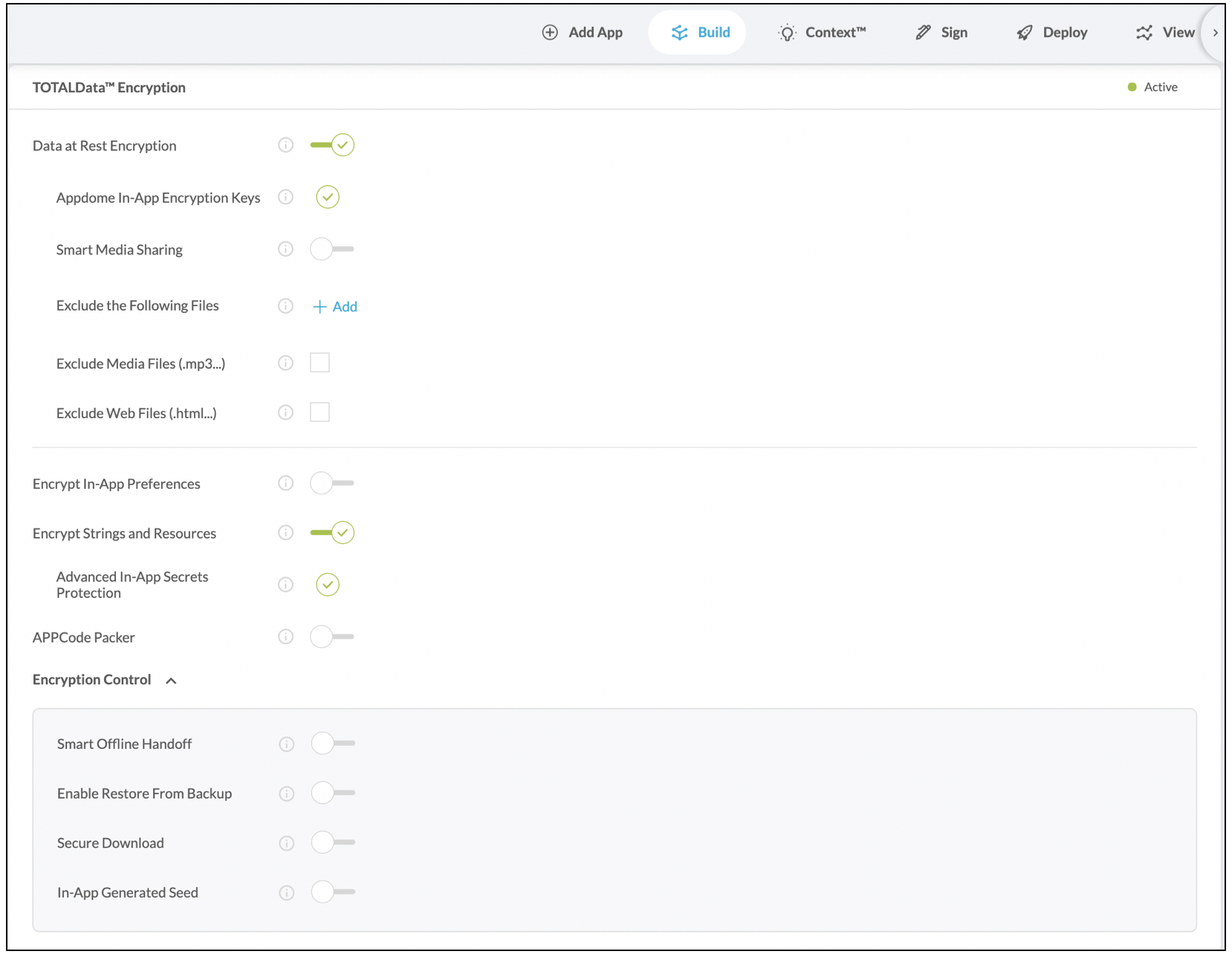 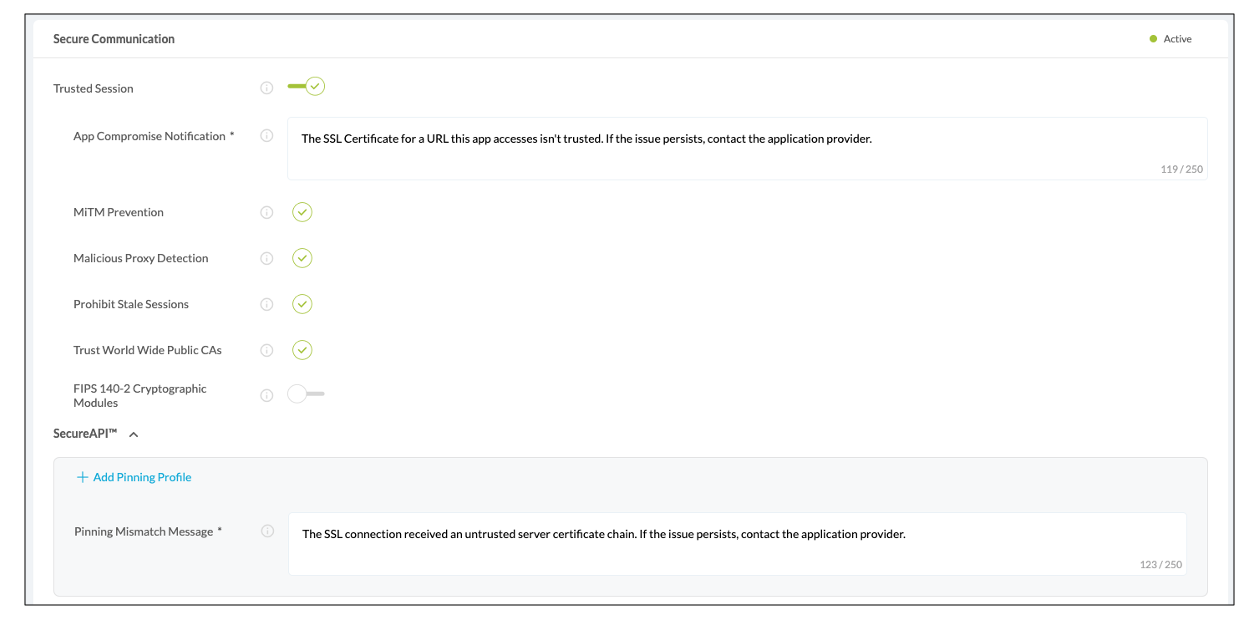 Appdome’s App Security Suite is perfect for mobile developers to help them release secure apps from the first use.  Building apps on Appdome don’t impact your app functionality or add time to your development cycle.  It’s fast, easy, and non-intrusive.

To learn more about how you can add security to any mobile app, visit the Appdome Mobile Security page on our website or request a demo at any time.