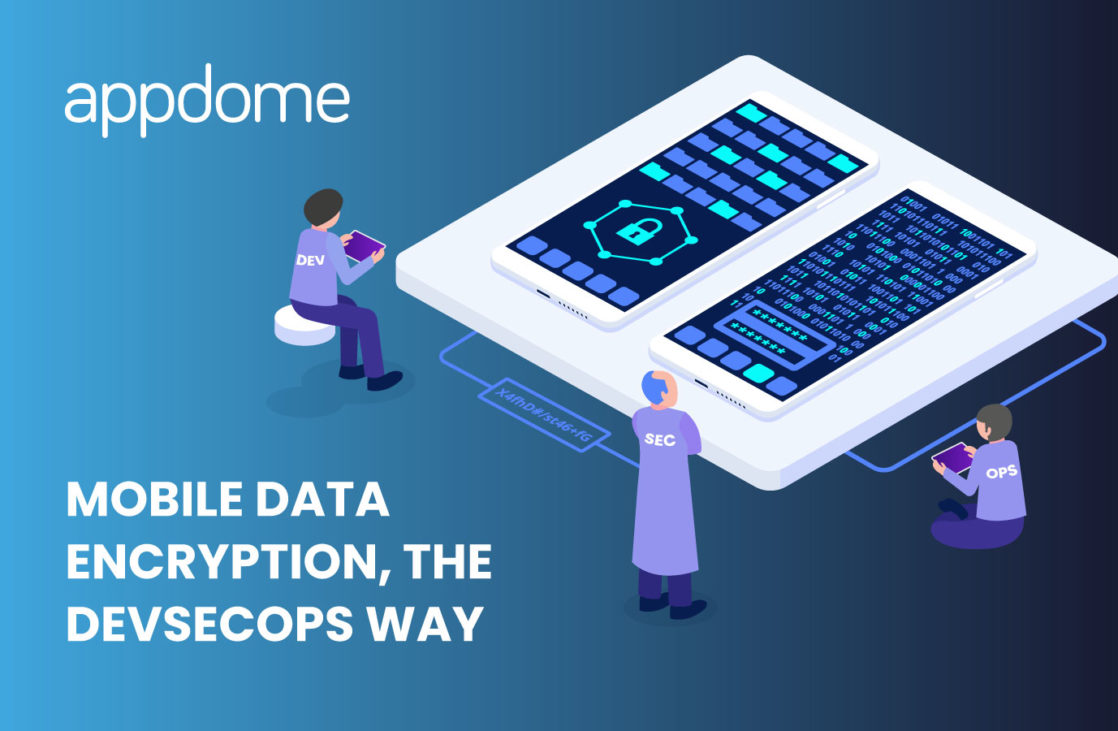 Almost all mobile apps connect to a mobile backend. In fact, without the connection to the mobile application servers, most would not function. In order to connect with its backend servers, the mobile app needs to store important network information such as API keys, server URLs and passwords, SSL and client certificates, and more. Without mobile data encryption, any data is vulnerable and exposed to a wide range of exploits originating from or targeted at the mobile application, which itself is one of the weakest links in any data security and protection model. Protect mobile data and users from harvesting, data theft, interception, deception and trickery, and abuse of normal system and application functions that weaponize mobile applications against the very people who need, use and build them.

Mobile developers are mostly focused on adding new feature functionality to their apps. They want to get their apps out for user acceptance testing (UAT) so that they can incorporate customer feedback. In addition, most app developers consider adding encryption and other security elements at the end of the development cycle. This is because encrypting mobile app data is hard to do. It takes time and specific skill and doing so during the software development life cycle (SDLC) complicates the coding process. 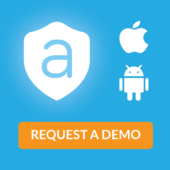 For every type of data inside the app, developers must choose the right combinations among the many options for each of component of the encryption model (encryption algorithm/protocols, cipher suites, key strength, key derivation technique, key protection, safeguarding, etc). This model must be suited to fit the security and performance requirements for a highly variable set of data format characteristics. And a small error or miscue in the implementation can have drastic effects on the app’s performance or usability.

The real complexity lies is the large number of possible permutations developers can choose from, coupled with the need for precision. Getting it wrong, will have an impact on both performance of the app and strength of the protection. And this is the struggle with manual encryption or using 3rd party libraries or SDKs.

Developers don’t want to have to do this work twice, so they tend to wait until after the app is built to add encryption. The danger with waiting until the end of the development cycle, is that all the important network information is stored in the app unencrypted. If a cybercriminal gets their hands on UAT versions of the app, the so called “keys to the kingdom” are in the clear, ready to be stolen. And once these bad actors get their hands on that data, their work is halfway done, regardless of the app getting encrypted before production release.

Mobile data encryption the DevSecOps way means shifting security left and including mobile app security and encryption as part of the SDLC. DevSecOps is all about automation, dropping solutions into the existing development flow and automating workflows. It is answering the question “How to ensure that all data generated and stored in the app, is automatically encrypted at each step of the development cycle, fully integrated in the existing build process, and without a developer having to do any additional work”

Appdome plugs into existing DevSecOps processes to provide a fully integrated, automated, validation that the required security features are built inside each app. This security release management process includes several steps. It starts with BUILD. This is where you select all the security features that comprise your multi-layered security model, and build those protections into mobile apps, without coding. Appdome’s automation builds the security model directly into the iOS or Android app with the full context of how the application was built – bridging framework limitations, incompatibilities, or mismatches between the application, OS or any frameworks or libraries to deliver a cohesive outcome build-by-build.

This sets up the solid foundation going into the COMPLIANCE step, where passing a pen test to ensure compliance with the organization’s security requirements or external regulations might come into play depending on your industry specific requirements. Then, as part of the CERTIFICATION step, Appdome Certified Secure provides the documented proof that your app fulfills all the necessary compliance requirements.

Lastly, there’s the RELEASE of your app to production. Appdome automates each of the above steps. Without Appdome, most organizations lack a well-defined security release management process that captures and codifies the security release process for mobile applications and ensures that all of the many moving parts are in sync and constantly moving the process through. With Appdome, DevSecOps teams can add mobile data encryption at different moments of their existing processes.

At any point in the build process developers can encrypt all data-at-rest, data-in-memory and data-in-transit  – in just a few clicks, with no coding or SDK required. Developers can also encrypt all data stored in the code itself, such as strings.xml and shared preferences in Android apps, as well as their equivalent locations in iOS apps (like CFString, NSString, application resources, and app preferences (such as NSUserDefaults).  Appdome customers can set and lock down their approved encryption model as pre-defined mobile app security templates called Fusion Sets.

Appdome’s technology automates the process of implementing the encryption model that’s best suited for your app’s specific data types. This eliminates an enormous amount of painstaking trial-and-error work if you tried to do this with 3rd party libraries or SDKs, where the burden of the work falls squarely on the laps of mobile developers. With Appdome, you get a guaranteed and instant security outcome in a fraction of the time and cost, along with a certified and secure audit trail which documents each and every security component implemented in the actual builds.

Not only do you get a guaranteed secure outcome, but Appdome gives you the flexibility to optimize the encryption model and fine tune your data protection model to achieve the optimal mix of performance and security, without the usual painful tradeoffs of SDK based or DIY encryption solutions. With Appdome, you don’t need to sacrifice the user experience or app performance in order to deliver the highest levels of protection for all mobile data and meet the demanding expectations of all key stakeholders.

Step Up to DevSecOps

Most DevOps teams today don’t have a workflow to do security release management. Appdome helps them step up to DevSecOps and offers a new security release management workflow that they can plug into their existing processes. The key benefit is that developers can encrypt their apps at every step of the build process, versus waiting until the very end. Appdome offers a guaranteed way to build, verify, certify and release mobile apps at scale in the fastest and most efficient manner possible. This allows developers to get their secured mobile apps into the hands of their end users at a rapid pace, while aligning all stakeholders to a common shared set of objectives and outcome and eliminating the sources of friction commonly found between DevOps and Security teams.

Become DevSecOps with Appdome. Create your free Appdome account today and get started with TOTALData Encryption.

ErnestoMaking your security project a success!
By filling out this form, you opt-in to recieve emails from us.